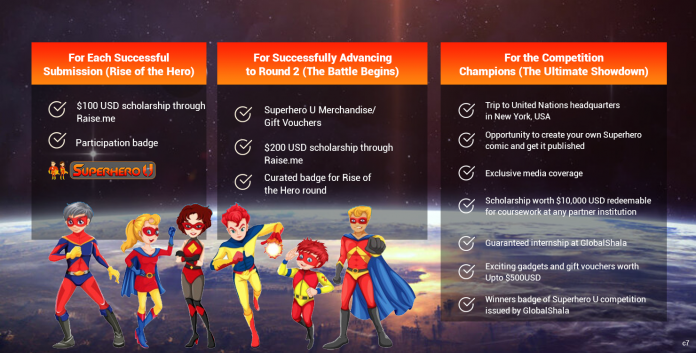 The edtech company will be announcing winners from each continent with scholarships, internships, and other exciting prizes for each round of the contest.

Mumbai, India: Edtech venture GlobalShala has announced that they will be sending winners of their Superhero U contest to the UN Headquarters in New York, USA. The competition launched earlier this month for college and school students with curiosity and creativity to solve global challenges highlighted in the United Nation’s SDGs. Besides this, the company had earlier announced prize money worth $90,000 for the winners and up to a total of 7 final round winners will be announced across the globe.

The sole purpose behind the Superhero U competition was to cultivate a force of forward-thinking young leaders, where individuals are to invent a “Superhero” that essentially takes on universal challenges and strives to make the world a better place. Inspired by the United Nation’s SDGs, GlobalShala has crossed the boundaries with this initiative and has invited applications from across the globe to participate.

Talking about the competition, Anushika Jain, Founder & CEO, GlobalShala said “Sustainability is the driving force towards accomplishing economic and social development of every nation across the world. The United Nations have been the torchbearers for Sustainable Development Goals among international communities. We want everyone who participates to be a winner of the Superhero U competition at each round by demonstrating the most creativity, innovation, collaboration, and resilience that will win gift cards, micro-scholarships for college, and learning experiences valued at up to US$90,000 along with an opportunity for their ideas to be showcased and reviewed by top officials at UN. Geographically speaking, every continent, country, the state has its own set of differentiated sustainable development goals, and therefore each will have a different Superhero to tackle their problems for social good. Hence, taking into account the global perspective, we are planning to announce one winner from each continent, making a total of 7 final round winners who will be chosen to visit New York, USA. We hope to aspire individuals across the world to create their own Superhero and aim towards transforming these creative ideas into action plans for global development.”

Besides this, GlobalShala has also introduced an interesting referral program, where individuals can refer their family and friends and win Amazon gift cards worth $1000.

The competition has opened its doors wide for creativity and has allowed candidates to bring out the social entrepreneurship in them and catalyze their creative thinking and innovation to design their own hero in posters, comic strip, video, or video game formats featuring their hero to solve a global problem.

So far GlobalShala has received entries from over 50 countries for the competition and will be accepting entries till October 9, 2020.

GET YOUR STARTUP FEATURED NOW! 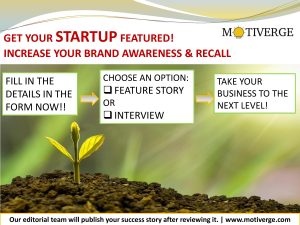 ABOUT US
Motiverge is a comprehensive online platform that aims at redefining your source of inspiration. It’s a place that lets you connect to the ‘true motivation’ necessary to reach beyond boundaries.
Contact us: themotiverge@gmail.com
FOLLOW US
© 2020 Motiverge.com. All Rights Reserved.