Flying has always fascinated humans, since the ancient times, our mythologies and history is full of fascinating accounts of objects flying in the sky. The Icarus of Greek mythology or our very own Hanuman ji from Ramayana.

While airplane, helicopters, rockets, space-ships were invented during the 20th century made it possible for humans to experience flying, the control of flying is still considered a specialized/ professional skill, acquired after a lot of practice, not everyone can experience that. Science fiction writers still dreamt of a future where individual can fly whenever they want, take off from wherever they want, go wherever they wish to… still seems like a far-away dream.

Not anymore! Drones are here now. Allowing common people, including young kids to experience how to control a flying object. Flying is literally becoming a kid’s play!

In recent years, Cinema introduced many of us to Drones, whether it was a scene from the ‘3Idiots’ movie where Amir khan completes the ‘Drone‘ project for one of his batch-mate or a scene from Spiderman movie in which drones were attacking Spiderman. All of it added to an element of excitement, something straight out of science fiction which seems to become a reality in front of our eyes, it created a halo effect around the gadget itself.

Huge corporations like Amazon and Google are testing ways to deliver packages with drones. Facebook is using drones to provide Internet connections in remote locations. And there’s even a start-up that’s using unmanned aircraft to deliver tacos to your door.

And when I got my Drone on my birthday, I felt like I am on top of the world. It was the best gift I got from my dad. I became an instant hit amongst my friends. The drone was like a magical device for me, and I used to feel like Superman, who can watch anyone from the sky. Gradually, my friends also got their drones, and that feeling of having something unique started fading away. I got involved in studies and almost forgot about the Drone until the Pandemic hit us last year.

Social distancing restrictions during the Pandemic put Drones into the spotlight. We all started talking about leveraging Drones for helping people; Contactless deliveries, providing medical supplies to remote areas, and whatnot. It was like my little Drone is growing up from being a mere toy and becoming a real hero to help humanity. Possibilities were endless, and I wanted to be a part of this journey.

Technically, Drone is an unmanned aerial vehicle (UAV) that was primarily used in the military for strikes, surveillance, and carrying ammunition. About thirty percent of drones across the world have non-military uses in commercial, scientific, recreational, agricultural and other fields.

Some areas where drones can be highly instrumental:

In India, the social distancing between citizens was monitored using drones in Asia’s biggest vegetable market – Azad Mandi, Delhi. Tamil Nadu became the first Indian state to use drones for a sanitization campaign that will have 300 drones and 500 drone pilots to sanitize the roads, metros, and hospitals across the state. According to a release by Agriculture Ministry, “India is the first country to control locust by using drones after finalizing the protocols and getting all statutory approvals. Major operations are concentrated in Rajasthan where maximum resources are committed.“

While there are so many ways in which Drones can help humanity with its ability to go to places that are difficult for a person to reach and the ability to zoom in and see things in detail and so the technology has several downsides too. Substantial drawbacks we can think of are encroaching, security threats, individual’s privacy and liberties, vulnerability to nature/animals/weather and risk of injuries.

The primary concern with the usage of drones is their ability to collect information discreetly, exposing all of us to several forms of privacy breaches. Drones operated irresponsibly continue to pose a threat to public safety. We have heard many instances in past where unregulated drones were used as a medium to supply drugs, currencies and small weapons. In view to which many countries do have very strict and dangerous laws for the use of Drones and others are mending ways for an equipment that can be used as an intrusion detection for drone systems.

Drones are still expected to play an active role and these drawbacks could be eliminated in the near future and that possibly would carry out the tasks it has been designed for.

The way technology is becoming an enabler and facilitator for making our dreams come true. From a military innovation, to an exciting hobby, to a technology that’s transforming commercial industries, the use of drones has rapidly changed over the past years – and future opportunities in the field are limitless.

I am very sure that the day is not far where Drones will become an acceptable part of human life and lifestyle.

Welcome to the future! 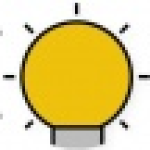 Motiverge is a comprehensive online travel media platform that aims at redefining your source of inspiration. It’s a place that lets the travel lovers connect to the ‘true motivation’ necessary to reach beyond boundaries.